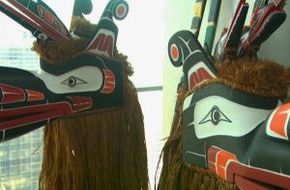 The Traditional and the New

Approximately 370 million people belong to indigenous communities in some 70 countries around the world. They are the descendents of the first people to inhabit their native lands, long before colonization, and generally adopt lifestyles that incorporate their ancestral traditions.

Their survival is closely tied to the natural resources around them but frequently they are dispossessed, impoverished, ignored or exploited by modern business practices. Fortunately, some ARCHITECTS OF CHANGE have decided to join forces with them.