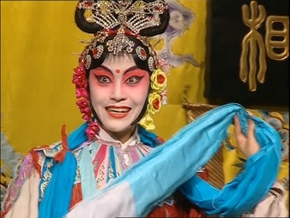 Good Morning Pekin feels the pulse of a city taking off. A major boom is seeing the destruction of the historical popular quarters (hutongs), urban expansion, changing mentalities and opening onto the world.

To better understand what is happening, we encounter political leaders, a young French teacher who has come back to his own country, an actress from the Bejing Opera, who is a living expression of the marriage between tradition and modernism, a taxi driver, the Olympic Games President for 2008 and ordinary people lin the street.

Everyone in China is motivated for the Olympic Games, as one of the characters says, ''this will fling doors and windows wide open, to give a better appreciation of the world''.

The economic, demographic, technological and cultural boom of this capital city gives us an idea of what the future holds for China, as well as an idea of the implications of its tremendous economic power and its expected or feared geopolitical upheavals...