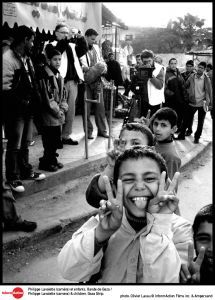 After the Outrage seeks to understand the psychological effects of violence of man against his fellow men. The film follows in the footsteps of French and Canadian therapists who, in Paris, Montreal and the Gaza Strip, work with victims in very diverse situations.

These healers are confronted with the need for different strategies to treat the traumas of men and women, children and old people, in contexts of war, torture, genocide, rape or incest. They adapt their approach to each case, from psychotherapy to ethnopsychiatry, from art therapy to human emergency therapy. During real sessions and post-session interviews between therapists and victims, the film seeks to better identify the impact and the essence of human violence.